Get fresh music recommendations delivered to your inbox every Friday.
We've updated our Terms of Use. You can review the changes here.

The Other Half of Everything 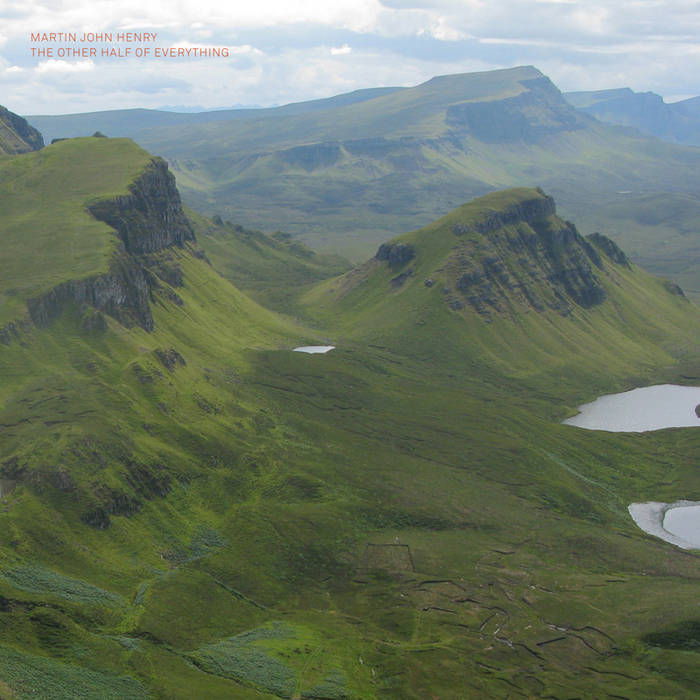 Matthew Pavesic Gorgeous sonic brilliance, and to think this might be considered folk. Favorite track: Ribbon on a Bough.

Gargleblast Records are extremely proud to announce the release of The Other Half of Everything, the outstanding debut solo album from Scottish songwriter Martin John Henry (ex De Rosa).

Working for over a year with producer Andy Miller (Mogwai, Life Without Buildings, Scout Niblett), Henry has emerged with his most progressive, ambitious and accessible album to date. Sung, plucked and synthesised with painstaking care, the 11 tracks of The Other Half of Everything have a sound and scope that evokes the epic landscape of the cover art, while occasionally dipping into the poetic suburban folk that De Rosa fans adore.

"The kind of parochial majesty you might encounter if The Pixies reworked The Go-Betweens "Before Hollywood" for a documentary about the social history of Lanarkshire. Yes, that good." - Mojo

Produced and engineered by Andy Miller at Gargleblast Studios, UK.

Gargleblast Records is an independent record label based in Hamilton, Scotland. The label was founded by record producer Andy Miller and Shaun Tallamy in May 2003. Bands on our roster include... De Rosa, Desert Hearts, PAN, Life Without Buildings, Martin John Henry, Kung Fu Jesus, Towers and Foxface. ... more

Bandcamp Daily  your guide to the world of Bandcamp